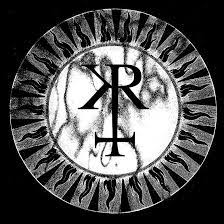 Hole In The Svn are an international group of promoters with members from Germany, France and Switzerland, who established an ongoing black metal concert series in Kassel in 2018. With “Hole In The Svn: Transzendenz”, the fifth live ritual, they have decided to conduct an introduction to the bands that will partake in the upcoming concert. As natural partners and allies, we are glad to host them as guest writers for a weekly special. Once a week we will post an interview held with members of Malakhim (SWE), Dysangelium (GER), Theotoxin (AUT), KVR (GER) and get some inside information about their history, future plans and what to expect at the show in “Goldgrube Kassel”. Third in line are KVR:

Magick, spiritualism and a deep bond with ancient knowledge is something we find very appealing both in life and in music, to which KVR has captured our attention since our very first live ritual installment. We were honoured and still are, to have had the pleasure in hosting their very first live show two years ago and it is without a doubt our pleasure to host them once more. There is a lot of obscurity surrounding the band KVR and we would like to find deeper understanding by having this interview with C.B. and S.G.

HITS: Good day gentlemen, how are you doing? Please introduce yourselves and your roles in the band.

C.B: Hello Hole In The Svn, we are fine thanks and thank you for having us - we are S.G. guitar and C.B. vocals.
HITS: First, maybe you could shed some light on where the name KVR stems from.

S.G: KVR [kʊʁ] is a Sumerian word and name with different meanings that shifted through ages. It is the Void between Tiamat, the primordial salt sea and Abzu, the subterranean water. An empty underworld from which even gods can't escape. Another meaning for KVR is "mountain" but as well in tradition, it describes the form of a monstrous serpent or dragon.

HITS: For those who haven’t followed your band’s activities in the recent past, how would you describe your usual modus operandi regarding the writing of new music?

S.G: There was never something like a usual process of writing music. Every piece of music reaches its final form through its motivation and feeling. Sometimes only one person is involved who is inspired by structures or a motive. Then sometimes different fragments accomplish a new piece. In the end it's the work of all of us which complete the final essence.

HITS: "In Crypts By Continental Pillars Sealed” is the name of your latest release, it feels quite different from your first release “MMXVII” in its essence. How did that come to pass?

C.B: With that EP we tried out a few different approaches in terms of lyrics and sound. As the demo MMXVII came to us completely, with the EP we used different inspirations which we wanted to try out. In general we don't want to limit ourselves too much with what we do, while a specific energy and essence like described before remains the same in the band, these things might change. The new release which, is in the works, will be different from our previous releases as well.

S.G: Since we started to produce everything by ourselves from the very beginning, it's quite sure that every aspect is in motion and progression.

HITS: KVR is not a typical black metal band, it has a certain doom vibe to it and the vocals sound deeper than usual compared to „standards“ in that genre. Is it even safe to call KVR a black metal band per-se or have you formulated this particular concept on purpose to experiment with something rather different?

C.B: Indeed and that's what we hear quite often. For some, it's not easy to categorise us and somehow we like that. Like I said before - we don't like to limit ourselves to a certain kind of style as long as it fits to what we see fitting. I cannot even tell if we started with the intention to do Black Metal or Doom - we just did it and the sound came to happen. As in terms of vocals it is just a personal preference to use a more deep voice with KVR, which I as well feel more fitting to what we do and I express with the band while furthermore trying to use the voice as an instrument too. Surely we are influenced and inspired by both styles. We like the mixture of Doom and Black Metal and it gives us the opportunity to create our own and maybe more unique sound and the freedom to unite both or do a few songs in one or another of both styles.

HITS: C.B., you have been involved in the black metal and occult scene for many years now, „Occult Sabbath’“ to mention a few of your endeavours, would you say that in your eyes you see a certain growth in recent years as far as interest in this esoteric subculture is concerned?

C.B: Absolutely! There have been more and more "occult" themed bands in recent years which surely has its good and negative aspects - may it be the misuse of symbolism for the sake of stage appearance and creation of an esoteric/spiritual atmosphere or just to appear like having a deeper background. For the good aspects there are more inspiring bands which can open up completely new and unseen worlds for some with what they transmit with their music. That has been the idea with „Occult Sabbath“ - to give the inspiring artists a stage which offers an appropriate setting and deliver more aspects of their art than just a live performance in the best case.

HITS: Do you, as a band, consider yourself to be committed to a certain kind of spiritual background? Which place does it take in your personal life?

C.B: This is what I consider to be too personal to answer in total in an interview. What I can say is that we work with specific energies which come from each members individual spiritual background. In general, I see spirituality as something rather private and individual. The music we create is the tool and the language with which we communicate.

HITS: Since your first live show at „Hole In The Svn“ two years ago, you have gained a lot more stage time. Are you planning a special set or concept for the upcoming „HITS: Transzendenz“ both with KVR and Occult Sabbath?

C.B: As KVR started its live manifestation on this ground and we collaborate to make it an Occult Sabbath and Hole in the Svn celebration, we are planning something special. Also the set for the upcoming Hole in The Svn will contain songs we never performed live before. Be prepared.

HITS: Thank you for your time, we can’t wait to meet again in Goldgrube Kassel.

C.B: Thank you too for the interest. We are looking forward to your event.

The interview was conducted by Hole In The Svn for undergrounded.de and C.B. and S.G. from KVR