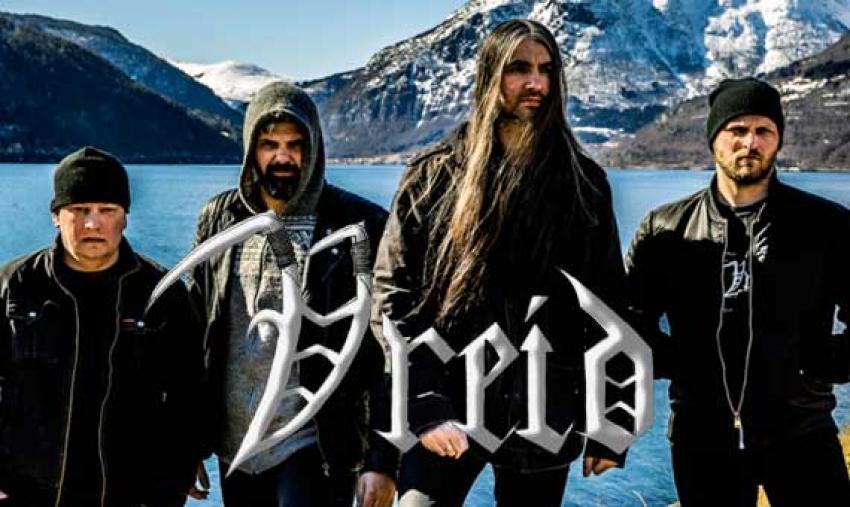 UG: It was your second show on the Ragnarök Festival. How was it for you?

Steingrim: The Ragnarök-show was, again, very good! A very pleasant festival to play, and as always an amazing crowd!

UG: What is so special on this festival? Did you see other bands?

Steingrim: The atmosphere of the festival is amazing, everything seems so calm and people get along in a special way. But when the shows kick off they go bananas. I shot some photos for Cornelius (Solefald) so I got to see most of the show. Unfortunately I did not see any other bands.

UG: How was the tour so far?

Steingrim: The tour is now finished, and it was very god. The interest is increasing, and Europe treats us well.

UG: How can we imagine being on tour with you? Do you party a lot or are you guys too tired for it after the show?

Steingrim: Being on tour with us is, I think, ptretty good. We just seem to get along with most bands we tour with. As for party/drinking it depends.. We don't party hard regularly, most of the time we take it easy and settle with a few drinks. But if the show has been great, the distance to tomorrow show is far - the atmosphere on the bus sometimes just sucks you in so to speak, and suddenly it's 05:00...

UG: The next tour is in North America with Melechesh, right? What do you expect?

Steingrim: Yes, that's right. We expect another great experience in the land of the free. The audience over there are crazy and really dedicated to the point of the extreme at some places! Also, we've heard lots of good stuff about the Melechesh-guys as well, so we'll hopefully get along in a good way!

UG: According to the new album: how was the feedback so far?

Steingrim: Very good, positive response all over. We have been very spoiled with fantastic feedback from day one actually, thanks for that folks!

UG: In opposite to your albums like "Milorg", the album is not about the second world war. What is it about?

Steingrim: That's correct, this is no concept album. The lyrics is based on more personally stuff. It's more like a sample of short-stories seen from an existencial point of view - where nature and man meets.

UG: How did it come to this topic?

Steingrim: I guess it was just a natural development from "Milorg" - leaving the WWII-era and moving on to "V" and further on to "Welcome Farewell".

UG: Why are you so fascinated by wars? Why are many songs about this topic?

Steingrim: I guess we're just above average interested in history :-) Historically speaking the fate of mankind has been decided by wars, and we find the most brutal and horrible fates - described by the actual people who were there. Why go writing fiction when the real storys are there, right in front of you just waiting to be re-told...

UG: Do you all live from the music or do you have other jobs?

Steingrim: No, we have other jobs. Hvàll (Bass, Anm. d. Red.) is the only person 100% into music, working with management and booking for other bands as well.

UG: What are your interests beside the music?

UG: What are the plans for the future? What goals do you want to reach with Vreid?

Steingrim: Just keep on working, producing music and build on what we've created so far.

UG: Thanks for the interview.