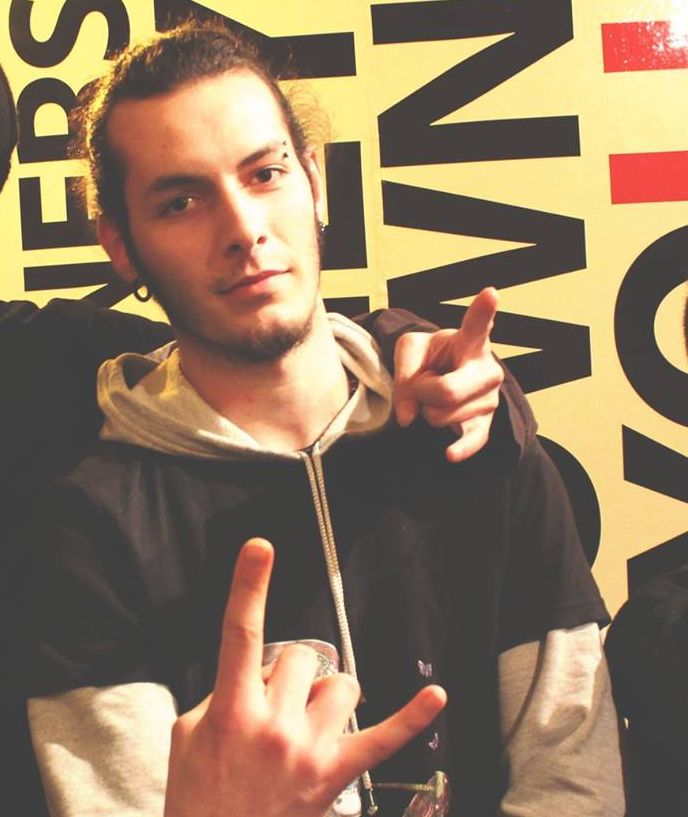 UG: Hey Osama, great to have you again!
First of all welcome in the Undergrounded network! I’m really glad that Samir from Beyond Orcus managed  it to convince you to join our group. We surely are one of the first homepages that can introduce Syrian-Metal to german metalheads and fans in the “Underground" Way.

Osama: Hey Grave, it's always great to be on Undergrounded.de. Thanks for the opportunity man. Yeah, Samir contacted me about joining the Undergounded network, I looked through the contract and everything was just great, thank you for having us on your homepage. I hope this collaboration would do good for the underground scene.

I hope that as well, I’m pretty sure the music guarantees that ;) So, what’s the situation over there? The mainstream media in Germany became pretty silent the last weeks.
Well, I am not sure why the German mainstream media would be silent about such topic, but from here, and to be honest, things in Damascus are calm the last two day, I don't know if it's the silence before the great storm. But after almost two years of war, people became accustomed to it, everybody is trying to make their everyday living. Most schools are stolen or destroyed the rest are made as shelters for people who lost their homes 'which are so many,' of course businesses are destroyed also etc.. Obviously, no one is winning, it's not that nobody is a winner in a war, I do believe in that saying, but from what we are witnessing every day, both sides think they have the power to win this war, both sides are refusing to stop the fight, refusing to negotiate reasonably and both sides are killing Syria slowly. In this equation there is always a losing side which is the syrian people
.
UG: Does that affect the work on your new album “Let us all unite”? We are really waiting for the new stuff, the songs that you already released sound like heaven and hell combined!

Osama: First of all thanks man for the support you and your site are giving to Anarchadia, we are definitely eager to release the album and share it with the fans and friends but as you said the political situation forced us to postpone the album release to 2013, and I can't describe how hard it is right now to gather the band in one place for jamming. For me as a manager, I am facing major hardships regarding the CD itself, the CDs factories are located in Aleppo and none of them is running, actually most of Aleppo's industrial plants are rubbed either by rebels or regular army, also the artwork designer 'Hazem Mallah' who happens to be a talented artist, lives and works in a highly agitated war zone and couldn't finish working on the full artwork on time. This is a glimpse of what we are facing right now, but thankfully we are supported by Metal East Records and Moutasem the owner of the label, is helping in releasing the CD in Dubai instead of Syria for the time being and he is making sure that this CD will be one of a kind in the Arabic world as we all in Anarchadia hope so.

UG: Of course we all heard the story about Anarchadia creating a song with Iced Earth legend Jon Schaffer. So how the fuck did that happen?

Osama: Well, we were passionately following Jon's project SOL and we highly admire it. One day, I was talking about this thing over the internet with Moutasem and he was so enthusiastic about the whole thing especially that he is a die hard Iced Earth fan, so he left the conversation for like two minutes and came back to me and said: Man I sent Jon a message including some of your work, maybe he would be interested in doing a song with you guys. I said: Hell yeah, I hope he answers, and it was like three days when Jon and I were emailing each other and arranging the whole thing
Jon was touring South America at the time, and he managed to give us the info on a studio in Uruguay. Thankfully Moutasem was able to communicate with the studio and book it for Jon. And this is the whole story.

UG: How would you describe the work with Jon? Did you have the chance to oversee it personally?

Osama: Working with an idol like Jon was an amazing achievement for us, Iced Earth is one of our favorite bands ever. So I don't think there is enough words to describe that experience man, especially when you work with a down to earth, easy going, true metal head like Jon.
Basically my part in this whole process was communicating with Jon and his manager Ulf and making sure that everything was going as planned. The band worked on the song in three days, then recorded it in two, and I sent the draft to Jon. Jon loved the song and loved the message included in it and added his vocal line to his parts, and that was it.

UG: What was the best experience in the last months while working for and with Anarchadia?

Osama: I am not a musician, I play some drums form time to time, but being there with what I call a family before anything else, and not to mention that the bassist "Alaa" is my actual brother too, contributing in making music with what I believe to be a talented band is just an amazing experience, and I can't wait to start touring and spreading the message The most unforgettable moment I had with the band is that when we received the OK from Jon on the song we sent. It was a mixture of pride and joy at the same time, so I guess those joints weren't burned for nothing if you know what I mean!!

UG:  Well sounds pretty awesome! We would be honored to review your new album as soon as it is released and we hope it won’t take much longer to be completed! We wish you the best, stay strong and heavy!

Osama: Thanks again Grave, Undergrounded and Samir for all the great effort you are making in keeping metal alive. Hails from Syria 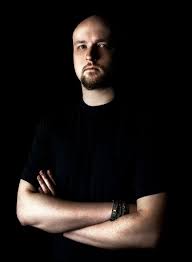