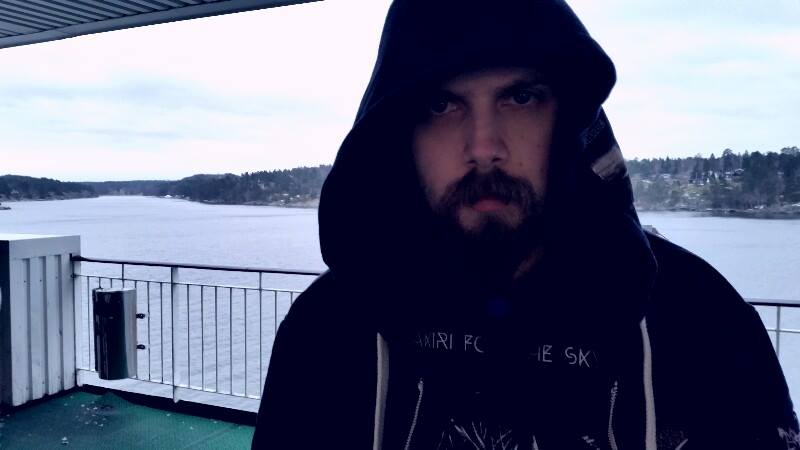 UG: Since the release of LPT it has been only a few weeks and you are already announcing a new album. I know the circumstances under which LPT was created, I guess this wasn't planned at all?

145188: No it was just my never ending creativity that had to be created into this.

UG: I guess it is pretty rare that depression can be forced into such a direction. How long took the whole process of creating "Happiness"? And did LPT just "happen" whilst you were working on "Happiness"?

145188: No those releases has nothing to do with each other at all. Happiness was created in about four days.

UG: That sounds unbelievable - I mean come on - The whole songwriting and producing? Must have been a hell of a rush then.

UG: Sadly, I know you long enough to believe that. But how were your bandmembers involved in that? I guess LPT was something like a solo project inside Vanhelga? Was Happiness also only created by you?

UG: So one could frankly say you are the creative mastermind behind Vanhelga?

UG: So tell our readers a little bit more about "Happiness" since we already know the concept of LPT.

145188: "Happiness" is an audial expression of how to be happy with the help of drugs and self-mutilation.

UG: And how much tracks can the fans expect?

UG: Five tracks sounds more like an EP, are the tracks long then?

UG: Your shows can be already be described as shocking - What could be more shocking than that on a CD?

145188: Yes they are indeed shocking. We do what we want on stage and fuck all RULES. You will have to wait and listen. *laughs*

UG: So when will be the release and is there something like a tour planned?

145188: The digital release is VERY soon, physical will take a while. No, next gig is KOBM and that show will be our most shocking yet.

UG: Too bad I'm already at the Metal Franconia at that time, now I'm quite curious about it. Last time I have seen you guys was in a  small pub in Markgröningen. Personally, do you like the bigger gigs like KOBM or the smaller ones in a more "intimate" atmosphere more?

145188: Smaller. Better contact with audience and better atmosphere. But even if the stage is bigger - nothing can stop our madness - our show will be total chaos, madnesss and mayhem!

UG: Well I guess you will enjoy the KOBM, it's a great festival! Is there any band on the line up you are especially looking forward to?

UG: Well I think it can't get anymore Black Metal than that! So my last (and classic) question. Imagine you could meet younger Jacob right after the founding of Vanhelga - Would there be any advice to your younger self and what would that be?

UG: So thank you for the interview and I hope to see you soon somewhere onstage!