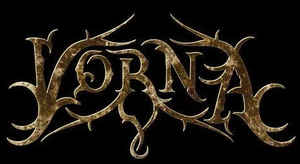 The finnish pagan metalheads VORNA are supporting the upcoming Thyrgrim release show and they´re going to pillage through some of the finest (Underground) locations in Germany, Finland and the Netherlands this fall. Time for us to talk to vocalist Vesa about their trips and plans!

UG: So first of all - Finnish beer sucks! Sorry to say that, but I guess you knew this already?!

Vesa: Haha! I guess that statement holds some truth. But thats not the whole story: Finnish alcohol-policy sucks big time in general and because of that there are, for example, very restricted amount of beers from Finnish microbreweries in the open market. Also, a company called Alko has a monopoly in Finland when it comes to selling beers, wines, booze etc stroner than 4,7 % and thats why most of the beers you find from Finnish supermarkets are that typical, watery bulk stuff. So, they actually make some good beers in Finland but it's much more difficult to find those good ones!
For the record: Finnish microbrewery Panimo Hiisi from Jyväskylä actually just announced a VORNA beer called "Taival" and I can assure you that one does not suck! It's fairly strong stout with hints of juniper and smoke and it should be avaible on some selected shows in Finland on our upcoming European tour!

UG: Wow - Someone here obviously has a diploma in beerology - and it's not me *laughs* - But I really hoped you would get the point, when you will tell me something about your own brand - Actually that sounds amazing and I hope I'll get in touch with "Taival"! Personally I tried a lot of finnish beer and I freaking love "Karhu" - not for the taste but for the logo *laughs*. So okay let's get serious - Tell our readers about VORNA - what can a visitor of your show expect here in Germany?

Vesa: "Karhu" is, in fact, our collective favourite too, out Finnish bulk beers! A visitor of our show may expect quite holistic experience. Our intention is not just to play our songs through and headbang a couple of times here and there on the way. Something for the ear, something for the eye and maybe something for the other senses as well, who knows. The point is, it's always about the whole package for us and the right atmosphere is the key to everything.
In addition, we'll be playing some songs from our upcoming second album. So if you like our debut album "Ajastaika", you won't be disappointed, but there'll also be completely new tunes to enjoy.

UG: I guess that will make a perfect match with the new material from Thyrgrim - Which location/gig are you looking forward most on the tour?

Vesa: Since this is VORNA's first European tour we are naturally most excited about the gigs in Germany, the Netherlands and those two dates in Sweden later in November. Basically we see every show equally interesting, because we really don't know what to expect from any of them. At least we are accompanied with great bands on every show and hopefully we're able to pull in some crowd ourselves as well.

UG: Well, in our circles the announcement that you are coming to germany already got a great feedback, I also hope that those people will also show up at the concerts. But what's your reputation over there in Finland - which was your greatest gig so far?

Vesa: Despite the fact VORNA was formed already in 2008, we were kind of keeping our heads down until the release of our debut album "Ajastaika" in the autumn 2013. We didn't really play any shows before that, for example. Thus, in the eyes of many (even here in Finland) we've been around only for like two years. Nevertheless, our reputation has been constantly growing over these two years and I think we're quite well known in the Finnish underground at the moment. There we're some really great shows on our Finnish tour last Autumn. Maybe the most memorable one for me was the last show of the tour in Ilokivi, Jyväskylä. The overall atmosphere and the interaction between us and the audience were exceptionally great. Our last gig in Oulu's Hevimesta a month ago was brilliant also.

UG: Normally the most interesting times are the first couple of years - Forming your own "personality" and growing the fanbase and into a shape?! So how did the idea come up to go on a tour in Europe together with THYRGRIM?

Vesa: There had been some general talk about an European tour but the idea of touring together with THRYGRIM actually came from our booking agent Iiro. Iiro had conversations with THYRGRIM, who were interested in doing shows in Finland and since we were looking at the direction of Central Europe at the same time, Iiro suggested an exchange gigs -type of deal to Thyrgrim. A bit later our cooperation expanded to the Netherlands as well and here we are. I think we form an interesting combination.

UG: Pagan and Black Metal are like Fire and... well... even more fire! I'm pretty sure it will work out! But tell me more about your new album - Iiro mentioned that you you´re going to release the cover art, the tracklist etc. soon - But are there some more details you can tell our readers right now? - Especially the things you aren't allowed to tell us would be the most interesting *grin*

Vesa: Well, there has been some projects going on, which we haven't been talking a word so far. And I won't be telling much now either since there's still a shitload of work to do. So lets just say it involves deep, dark & cold waters, misty forests, female beauty and weird noises! There are also more shows already booked and we'll be announcing them somewhere in the not-so-distant future.

UG: Shitloads of work is pretty much the same what we have to deal with - But that reminds you that one is alive I guess?!

Vesa: Working indeed makes you feel alive but I'm not sure where goes the line between being alive or half-dead! But I can't complain, things are going great with the band. And to answer your question: Yes, a new music video is in the making. Our first one, actually. There are scenes to be shot left but it will definitely be one epic piece of audiovisual art, not just a usual playing video.

UG: I´m already curious about it, but well, time is up. Traditionally our last question is about "if you got the chance to meet your younger self just at the day you formed "VORNA" - Which advice would you give yourself for the future??"

Vesa: Damn, that's one tough question. I may have to bend the rules a bit to my favour. The day we formed VORNA is honestly one of the most flawless memories I have. I met Arttu and Henri (VORNA's guitar players) the first time on that day. We were underage, talked passionately about metal and sang and drank booze like no tomorrow. If I got a chance to go back to that day I think I wouldn't give any advice. I'd just silently observe those youngsters having the time of their lives and would probably have a heart attack out of nostalgia in the end.

UG: Well, If I might give you one advice - Keep that memory and go on making great music - Thanks for your time and have the same fun on your tour!

Vesa: We will! Thank you for the great interview.