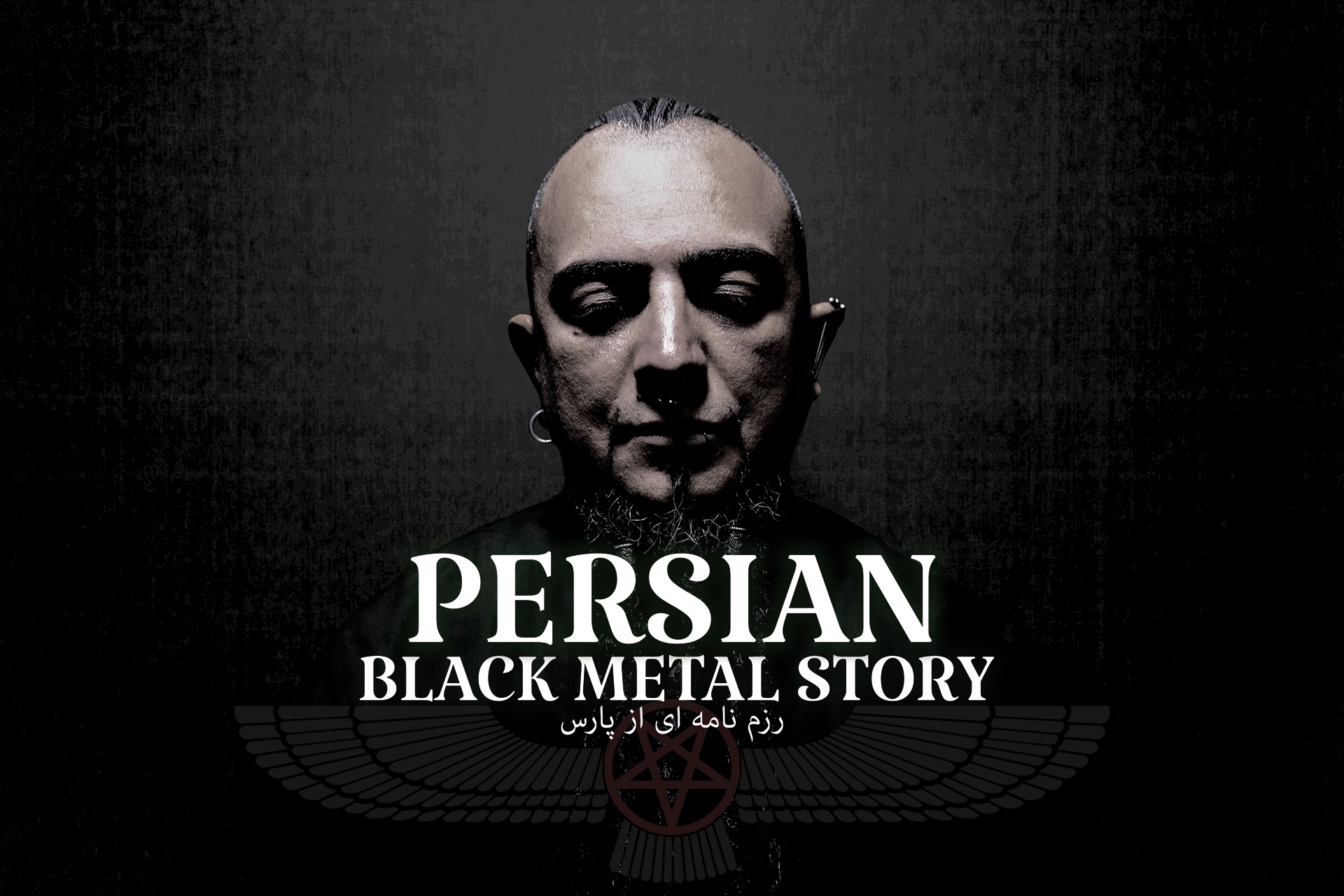 Janne Vuorela might not be a name that you have already heard of, but this might change soon. As we have just recently had a deeper dive into the persian/far eastern scene with our interview with Magus and the review of Paganland, we have heard about a project called „Persian Black Metal Story“. This soon-to-be first documentary from Janne Vuorela is depicting the Black Metal scene in Persia in general as well as the story of an outstanding persian artist in particular. We wanted to know more about Janne and of course about his project.

UG: Anyone who browses FB and finds the announcement of the upcoming film release, will only find very little information. Would you please introduce yourself and your project to our readers a bit more in detail?

Janne: I’m just a 30-something guy from Finland working in news business in Berlin and my current job rarely has anything to do with metal music. Late 2016 (if memory serves), I was searching for a meaningful debut project for myself and in early 2017, I was supposed to interview Tears of Fire, but in the end couldn’t make it to the interview. Anyways, the band seemed very interesting since I knew very little about metal scenes in Middle Eastern countries. So I made an appointment with Magus, whom you already mentioned, and his stories just blew my mind. He has had some bad experiences with other film makers in the past but even so, right then and there, we decided to go on with this project. This documentary is about the journey Magus has made from Tehran to India and finally to Berlin. Iranian art scene, India and some politics just intertwine with the story in a nice way.

UG: This sounds just like the perfect way to start with something big. But I guess if you wanted to interview Tears Of Fire, you have already been familiar with the metal scene in general before?

Janne: Yes I’ve been listening to different types of metal my whole life and I do interviews with metal, rock and punk bands for the Finnish website impe.fi. So, even though I listen to all kinds of music and I’m pretty lazy to find and listen to any new bands, I think I’m pretty familiar with metal scene as a whole.

UG: As I am a filmer myself, I find it hard not to try to support eeeeverything I like which makes it hard to decide where to put in time and effort to make it count. What was so fascinating that made you select persian BM as your first project?

Janne: I had plans to fly some Finnish musicians to Berlin and another plan was for me to go film in Bergen, Norway. For some reason or another, those plans fell short, at least for now. With Magus we just clicked immediately. After one hour of drinking tea we were already going forward with the project. It was not only the mind blowing journey Magus has taken, or my curiosity for the Oriental metal scene, we have to also keep in mind that some of the themes we dwelve into here are pretty fucking current at the moment and that makes it all even more exciting.

UG: I can imagine there are some topics in the film that might get you into some sort of trouble, not only Magus (which is already the case), but maybe you too?

Janne: Magus has his own views and opinions on great many things and most of all on his home country Iran and religion of Islam. All these will come out crystal clear in the documentary and I most certainly understand why Magus feels the way he feels about these things. I might be a bit naive, but personally, I’m not expecting any problems or shit storms coming my way. As people will surely understand this film depicts Magus and his views, not mine. If somebody feels that this kind of documentary should not be done at all to begin with and Magus shouldn’t be allowed to raise his voice to tell his story, then that’s a different conversation that I will gladly have. As for (famous) last words on the documentary, I would like to say that even though the film deals with difficult topics such as freedom of speech, religion, refugees, addiction and suicide, we have to remember that it’s still also a music documentary and you will find the essentials sex, drugs and black metal there, too.

UG: I guess when it comes to religion and/or politics, there will certainly be some hurt feelings, especially in these times, but I think when you start to give a damn about this, you could as well just go hide in some ditch... So, the documentary was completely filmed in Germany, right? Did you think about visiting Iran to get some footage from the underground scene there?

Janne: Yes, the documentary was filmed last year in Hamburg, Leipzig and Berlin. A trip to Tehran would have been amazing. But Magus himself hasn‘t been there for years and what’s unfolding in there right at this moment has not so much to do with my project, because I’m looking back to what has happened more than looking forward on what will happen. That being said, the current happenings in Iran and this documentary of course strike common chords and it’s very interesting to see what will happen in the end. So instead of new footage from Iran, I have complete access to Magus' archives and that means a lot of picture and video material from Tehran and India from when these things were actually happening. For this project that archived footage is a goldmine.

UG: That sounds reasonable. So, when do you think it will be done and which channels do you want to use to release it? It sounds like it has got potential for a Blu-Ray and even screening, etc.?

Janne: I really hope we can finish still in 2018. We will have a premiere here in Berlin in a smaller venue and just see day to day how long we will keep showing it. Before that, I hope to get the docu on few festivals too. After the festival tour, we will start to look closer for possible publishers and distributers. More accurate info will be dropping on my channels as we get it.

UG: Did you already recieve feedback from the scene and possible publishers?

Janne: I have been keeping this project very close to chest for now. Pretty soon, I will show the rough cut to Magus and some carefully picked friends and will make changes according to their input. After this, I will hold another bit bigger screening and after changes from that viewing the film is ready and I’ll start to send it all over. I really did not want to create any hype at all before I was certain, we could actually pull this through.

UG: I hereby demand to be involved *laughs*. As you said this is your first documentary, here did you get your inspiration from and did you do any other projects beside that?

Janne: It all began in 2016 when I started to interview my favourite football players and after that musicians. I immediately wanted to do bigger projects with these people and go beyond the surface to really get to know them and their stories. World is so full of interesting people, but in the end we don’t know that much about them. These are the kind of stories I want to tell, bio pics essentially but still entertaining. It might be just me, but when I look at a person I look up to, I start to wonder what are that persons‘ thoughts and feelings about this life and I really wanna know. So the interesting story or person that really hits me is my baseline and I go from there. I have one other music related project in filming at the moment. It’s about this Berlin musician starting a whole new kind of music project and I follow him for the first year of his project. I also have couple of smaller projects slowly taking shape, but for those it’s shh shh atm.

UG: Well, if one has tasted blood, the more he wants! I will keep track and I am really looking forward to your output - Thanks for your time!

Janne: Thank you so much!